Read below to see the stories of teens who are choosing abstinence now!

When I was 14 years old I started dating a boy. That summer I turned 15 and we hung out together every day. I seriously thought I was in love with him. We talked about me losing my virginity to him, but it never happened because I was too scared. However, one of my girlfriends at that time encouraged me to lose my virginity to him. She constantly told me that it wasn’t a big deal. I began to believe she was right and so by the end of the summer my boyfriend and I decided to have sex.

After that first time, he wanted to do it all of the time, but I didn’t think it was right. I was so scared to tell my parents, I didn’t tell them for like 4 months after it happened. My boyfriend and I had sex a second time and that’s when I had a pregnancy scare. It was probably the scariest thing I’ve ever experienced.

At the time, I was in sports and all that was running through my mind was everything that would change and what my friends would think, let alone my parents. My parents were my best friends and I told them everything but I didn’t want to see them disappointed in me. I didn’t tell them about my scare, but I did tell a close friend. She had her parent’s get me a pregnancy test that I took and it said I was negative.

About 2 months later my boyfriend and I broke up and I ended up telling my parents. From that day forward I have decided to be secondary abstinent because I don’t want to ruin my future by taking the chance of getting pregnant. My experience did affect my relationship with my family. I have become a stronger person and I’ve learned to say no, because I don’t want to go through this same thing again. Never let anyone tell you what to do, even if they say, “Well, if you love me you will do this,” because you could end up messing up your life and your relationships with people.

At the end of my freshman year of high school, I became sexually active with my longtime girlfriend and my life would never be the same. Almost immediately after this, we began to fight and I grew apart from the one I loved the most, my mom. My girlfriend and I broke up soon after and I began to regret my actions. I am very religious and I felt like I let down God, my mom, and most importantly myself.

I believe I chose to be sexually active because I was being pushed pretty hard by my girlfriend and I just wanted to make her happy. However, I did not expect the consequences and effects it would have on my life. My grades began to slip, I played poorly on the basketball floor, and I was always in a depressed mood. Soon after my girlfriend and I broke up, our health class had the CPR program and I stayed afterward to talk with the CPR instructor. We discussed how I could talk with my mom and I ended up talking with her that very evening.

My future marriage will be affected. I really did want my first time to be with that special someone I would spend the rest of my life with, but choosing abstinence now is the first step to getting back on that track.

I have always chosen to be abstinent. Not only because it is part of my faith, but also because I have seen many people go down that road and not recover. My family supports my decision, and so do my close friends, my real friends. But there are some people who do not support my choice and who have voiced their opinions to me about abstinence. It’s not always easy, but I truly believe that is the best decision. I have a friend who is dealing with a teen pregnancy right now and she didn’t realize the impact that it would have on everyone around her as well as herself.

In order to maintain my decision of abstinence, I think that it is very important to take dating seriously. I would not date someone who wanted me to have sex with them or who pressured me into it. I would want my companion to support my decision. This shows trust and good character. I believer that sex should be saved for my husband and by having sex before marriage I am cheating on my future husband. I believe that choosing abstinence will allow me to have more freedom and less worry in life.

I’ve grown up with the mindset that I would wait till marriage to have sex. My mother works for the Health Department in pre-natal care and as early as 8 years old, I would go to her office to do volunteer work. I packaged handouts and literature about STDs and condoms. As an 8 year old I had no clue what this stuff was, and also didn’t realize that those desperate faces of young women visiting my mom’s office were not far from my age. My decision about waiting to have sex happened when I saw a certain patient walk in.

I had been volunteering for a while and by that point I understood what the literature talked about. When I saw teenagers with big bellies walk in the office, it didn’t impact me as much as one particular girl. She was 12 years old, had swollen feet, achy back and her belly peeked out of the bottom of her Hannah Montana t-shirt. I will never forget that image and I know that is not what anyone at that age would have even thought of being remembered as.

I have grown since that time period and it is important to understand that just like every other teenager, I have hormones too and it’s not like sex isn’t on my mind. I know where I stand, but last year this was put to the test when I started dating a guy in my grade.

We were great friends to begin with and then we started dating. About 2 months into the relationship he asked about playing “the nervous game”. I literally told him I wanted nothing to do with sex. He looked somewhat confused and partially relieved, but I talked to him and as we got into our conversation we both realized that we were sending each other mixed signals about the matter. I would have never thought it would be so awkward and yet so easy to say no to sex until I had to actually put my words into action. Luckily this whole scenario didn’t make anything complicated between me and my boyfriend. To this day we are still sex-free and feeling strong about our relationship.

As much as it is awkward to talk about sex to a boyfriend, or friend in general, my one piece of advice is to lay everything out front and center so that when the time comes, you or your significant other aren’t pressured to do something that hurts you both.

I dated a boy my sophomore year and he was a senior. He was much taller and stronger than me and I always felt safe around him. I was head over heels for him and thought he was “the one”. We officially dated for a little over 2 months and at that point he started bringing up sex. He said he loved me so much and wanted to show me how much he loved me, but I wasn’t ready at all. I had just turned 16 and I was barely half way through high school. He kept asking me and told me that if I really loved him I would want to have sex with him. I cried a lot because I thought I did really love him and that I should want to have sex with him, but I just didn’t want that. He made me think something was wrong with me because I didn’t want to have sex.

One night we were hanging out in his parent’s basement, watching movies, like we always did. We started making out and he got a little pushy and forceful. I asked him to slow down but he started to undress me. I asked him to stop but he kept pulling and grabbing me. As things got worse, I threatened to scream so his parents would hear. Thankfully, he stopped. I broke up with him right then and there.

I have a new boyfriend now and we’ve been dating for 5 months. We have been abstinent from sex and we’re doing really good.

I have chosen to stay abstinent for many reasons. First, I chose to do this because I am a Christian and it goes against my beliefs to be sexually active before marriage. I have also chosen to be abstinent because I do not want to live with regrets. I have seen from friends’ experiences that being sexually active causes you to not only distrust your partner, but to no longer care for yourself. I have friends who have chosen to be sexually active and they tell me how they feel so insecure in themselves and their relationship and become apathetic toward the goals that were once so important to them.

Although I have told every potential boyfriend before we go out that I want to remain abstinent, my first boyfriend tried to force a situation that would lead to becoming sexually active. At the time, I was so happy to have a boyfriend and almost willing to do anything to keep him. I thought that he was the best I could get even though he constantly was mad and controlling toward me and tried to get us to have “some alone time together”. It was extremely hard to fight these situations because I didn’t want to lose him. However, I am so proud of myself for making sure that I did not get into situations that could lead to becoming sexually active with him. I am glad I chose this because, once we broke up, I realized I deserved so much better, which raised my expectations for future boyfriends and future husband. It also raised my self-confidence. I am also glad I chose this because I could have opened myself up to potential diseases, pregnancy, and regrets that I don’t need in my already hectic life.

My family and friends fully support my decision. My current boyfriend tells me often that he doesn’t want to become sexually active because he sees how doing this shortens most relationships, and he says he wants to stay with me as long as he can. Every girl needs to have a boyfriend who is willing to say this, because this shows that he really cares. This helps me be more confident in my choice. Being abstinent saves me for my husband.

My parents and I have an open relationship about boyfriends. We have both agreed that I am not to be alone with my boyfriend in his or my house, which keeps us from being in potentially dangerous situations. I would encourage everyone to consider the decision of abstinence. It seriously helps make your busy life less hectic and keeps you as worry free as possible, as every teen should be. Abstinence has given me self-confidence, protection, and a carefree, fun and busy teenage life. 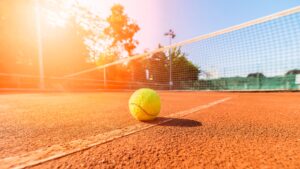