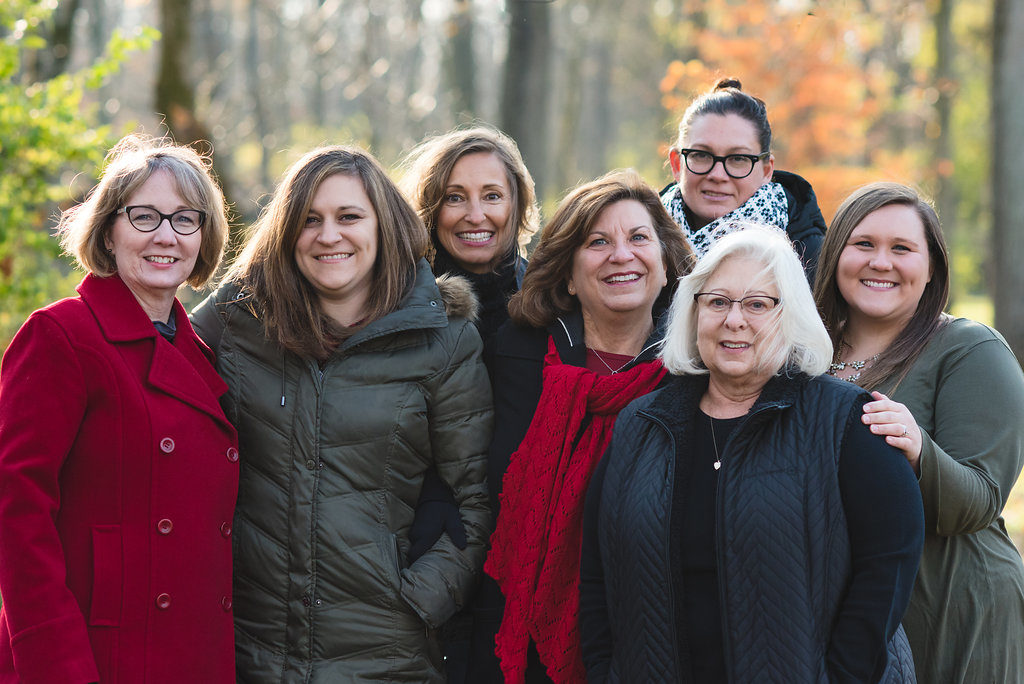 Karyn Mitchel is the Program Director at Creating Positive Relationships. She is passionate about helping teens navigate relationships, while pursuing their future goals. She has a degree in Speech Communications and her background includes work with Youth for Christ/Campus Life in Illinois and Indiana. Karyn became a CPR Instructor in 2004. She stepped into leadership as the Program Director in 2009. The National Abstinence Education Association (NAEA) certified her as a Sexual Risk Avoidance Specialist (SRAS) in 2013. Her husband, Dennie, is a Wedding Pastor and High School Biology teacher. They have two grown children. Dennie served on the board of Creating Positive Relationships for 10 years.

Hannah Mitchel began working for Creating Positive Relationships in January 2022 as an administrative assistant and instructor. She graduated from Ball State University in 2017 with a degree in Family Studies and Child Development and a minor in Autism Spectrum Disorders. Her background is in Applied Behavioral Analysis and special education. She enjoys helping others learn how to have healthy relationships and pursue their goals, and has a passion for working with women and children to help them realize their worth. She and her husband, Mattheus, live in Indianapolis with their cat. They are both involved at their church, where they lead a young adult bible study and she is on the worship team They enjoy visiting state parks and hiking and spending time with family and friends.

Cynthia “Cid” McNeilly has over 45 years of experience as a volunteer coordinator and community organizer. While her degree is in architectural studies, she would tell you that she frequently uses the problem-solving skills she was taught in college and what she has learned throughout the years about people to build relationships instead of buildings. 1994-2006, she served three consecutive 4-year terms as an elected school board member for the Metropolitan School District of Washington Township in Indianapolis, IN. She has been a presenter at the Indiana School Board Association’s (ISBA) state-wide conferences, served on various ISBA state level committees, and traveled annually to Washington D.C. to lobby Indiana’s senators and representatives on behalf of Indiana’s schools. Cid became the Executive Director of Creating Positive Relationships in January 2011. Cid and her husband, Andy, have three married sons and thirteen grandchildren. Spending time with her family, even though most don’t live close enough to allow this to happen as regularly as she would prefer, is her favorite pastime. Outside of being devoted to her family and working with CPR, her life has revolved around serving in her community and church and mentoring younger women.

Mel started with CPR in August 2016. She manages the donor data base, assists with technology solutions and communications and willingly jumps in wherever else she is needed. Mel and her husband, John, have two daughters.

Doris has worked for CPR since 2013 scoring student evaluations for High School and Middle School. Recently, Executive Assistant was added to her job title and with that change she is now in the office most afternoons helping to keep CPR running smoothly. Doris and her husband, Greg, have three married daughters and seven grandchildren. She most enjoys time with family, gardening, reading and serving in her church with women’s ministries.

Rachel has been a guest blogger for CPR in the past and has been hired as staff September 2017. Rachel keeps the community connected to CPR’s work through our social media outlets and annual correspondence. She has a degree in English Creative Writing and a minor in Communications from IUPUI and loves using what she learned to spread awareness about CPR and what we do. Rachel and her husband Stephen have two young children and she enjoys crafting, drinking coffee, and making up silly songs for her kids.